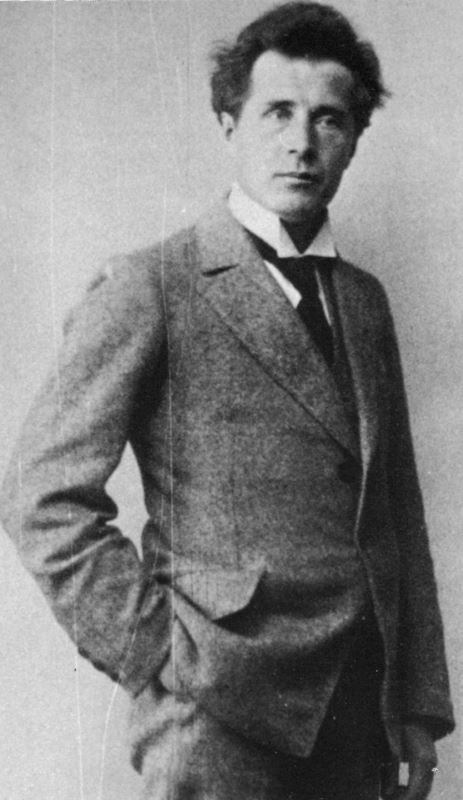 Leevi Madetoja (b. Oulu 17 February 1887, d. Helsinki 6 October 1947) was possibly the most significant of the Finnish post-Sibelian Romantic composers. While coinciding with the Late Romantic era, he nevertheless avoided the overstatement characteristic of their works in favour of a more classically-oriented brand of Romanticism. His idiom embraces both the melancholy trait associated with the Finns and the refinement of the French composers. Among his most important works are three symphonies and two operas.

Madetoja first became known to Finnish audiences with the first concert of his works given in Helsinki in September 1910 - a concert acclaimed by critics and audience alike. This concert had been preceded by four years of musical studies in Helsinki, the last two as a pupil of Sibelius. Madetoja was the greatest of Sibelius’s few composition pupils, and although he was to some extent influenced by his master, he succeeded in creating a style all of his own.

Soon after this concert Madetoja embarked on his first period of study in Paris. His plans for studying with Vincent d’Indy never materialised, but the musical life of the French capital proved stimulating in other ways. He was later to spend several periods in France and felt very much at home there. In autumn 1911 he travelled to Vienna, where he spent the autumn studying with Robert Fuchs, a former teacher of Sibelius, but he never developed quite such a fondness for Vienna as he did for Paris.

Although his early output included several vocal works and some chamber music (such as the surging romantic piano trio of 1909 and the refined, lyrical violin sonata of 1913), Madetoja was already turning chiefly to orchestral music by the second decade of the century. The main work at the first concert had been the Symphonic Suite of 1910. The Elegy from this was to become one of the most popular miniatures he ever wrote. His other early orchestral works include the Concert Overture (1911), Tanssinäky (Dance Vision, 1911), and Kullervo (1913), a work of greater pathos at times reflecting the influence of Tchaikovsky and the only orchestral work by Madetoja on a theme from the national epic, the Kalevala. These three works were all written while he was still a student. 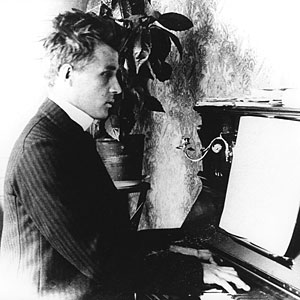 The first symphony (1916) is the sparsest and most restrained of all the Madetoja symphonies, but even so it is a good indication of his natural gift as a symphonist and a fine achievement as such. The scope is already considerably broader by the second symphony (1918), the expression more weighty and expansive, ranging from delicate lyricism to militant drama. The first performance of this symphony was a major triumph for Madetoja, but an even greater victory was the premiere of his opera Pohjalaisia (The Ostrobothnians, 1923) in Helsinki in October 1924. This was immediately raised to the status of Finland’s national opera and is, both in its motifs and its use of folk melodies, one of Madetoja’s most nationally-oriented works. In it he succeeds, with his infallible sense of music drama, in weaving together elements of comedy and tragedy to form a convincing entity.

The third symphony (1926) is an orchestral masterpiece and one of the finest in Finnish post-Sibelian symphonic literature. While not so dramatic and expansive as the second, it is all the more refined, rich in nuance and inner meaning. It also reveals Madetoja’s more Gallic tendencies, and as the French musicologist Henri-Claude Fantapié once said, it could well bear the title “Sinfonia gallica”. The same refined approach is evident in the Huvinäytelmä-alkusoitto (Comedy Overture, 1923) and the music for the ballet pantomime Okon Fuoko (1927) based on a Japanese theme. Okon Fuoko is not regarded as a particularly successful stage work, but the orchestral suite arranged from it is one of Madetoja’s finest works and unusual for him in that it fleetingly subscribes to the neoclassical tendencies of the times.

One of the last great works by Madetoja is his second opera Juha (1934). More symphonic, refined and coherent than The Ostrobothnians, it does not, despite its national theme, make use of folk tunes. It has, however, never become as popular as The Ostrobothnians. From Juha onwards Madetoja’s creative force gradually began to lose power. In the 1930s he spent a long time working on a fourth symphony, but he claims it got lost at a Paris railway station in 1938 and he did not have the strength to write it all over again.

The master of the choral works 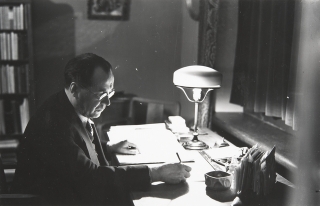 In addition to his orchestral works and operas Madetoja was also a major - many might say Finland’s finest - composer of choral music. His choral works are marked by the same richness of nuance and harmony as his orchestral music, and he also composed some superb solo songs, such as the song cycle Syksy (Autumn, 1930). Among the leading works for a small instrumental ensemble composed in adulthood are the fine piano suite Kuoleman puutarha (The Garden of Death, 1918-1919) and the Lyrical Suite for cello and piano (1922).

It is curious that though Madetoja's own instrument was the Kantele, he never composed anything for it.